Gravestone and Monument from the D.A.R. 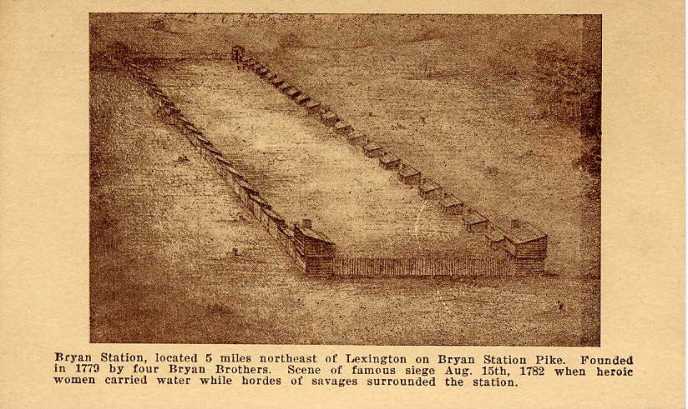 Service Record:  Served in Cpt. Holder’s at Boonsboro, KY fort in 1779 for the protection against Indian attacks; also was present at the Battle of Kings Mountain, SC in 1780.

Soldier Info:  He moved with his family and brothers from NC and VA and founded Bryans Station just north of Boonesboro, KY abt. 1779 to defend the frontier against Indian attacks with Daniel Boone and many other families. Sons of the American Revolution #91253 accepted in 1964; Monument to James Bryan marker placed by the Saint Charles Chapter, Daughters of the American Revolution in Nov 2011.