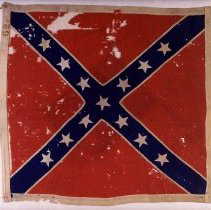 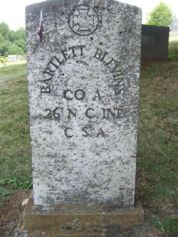 Soldier Info:   Born in Ashe Co., NC abt 1844; Died in Ashe Co., NC in 1907; After the war his second wife Rhoda Brinegar Blevins received Eli’s war pension after his death; Was also married to Evaline Carter, his first wife.